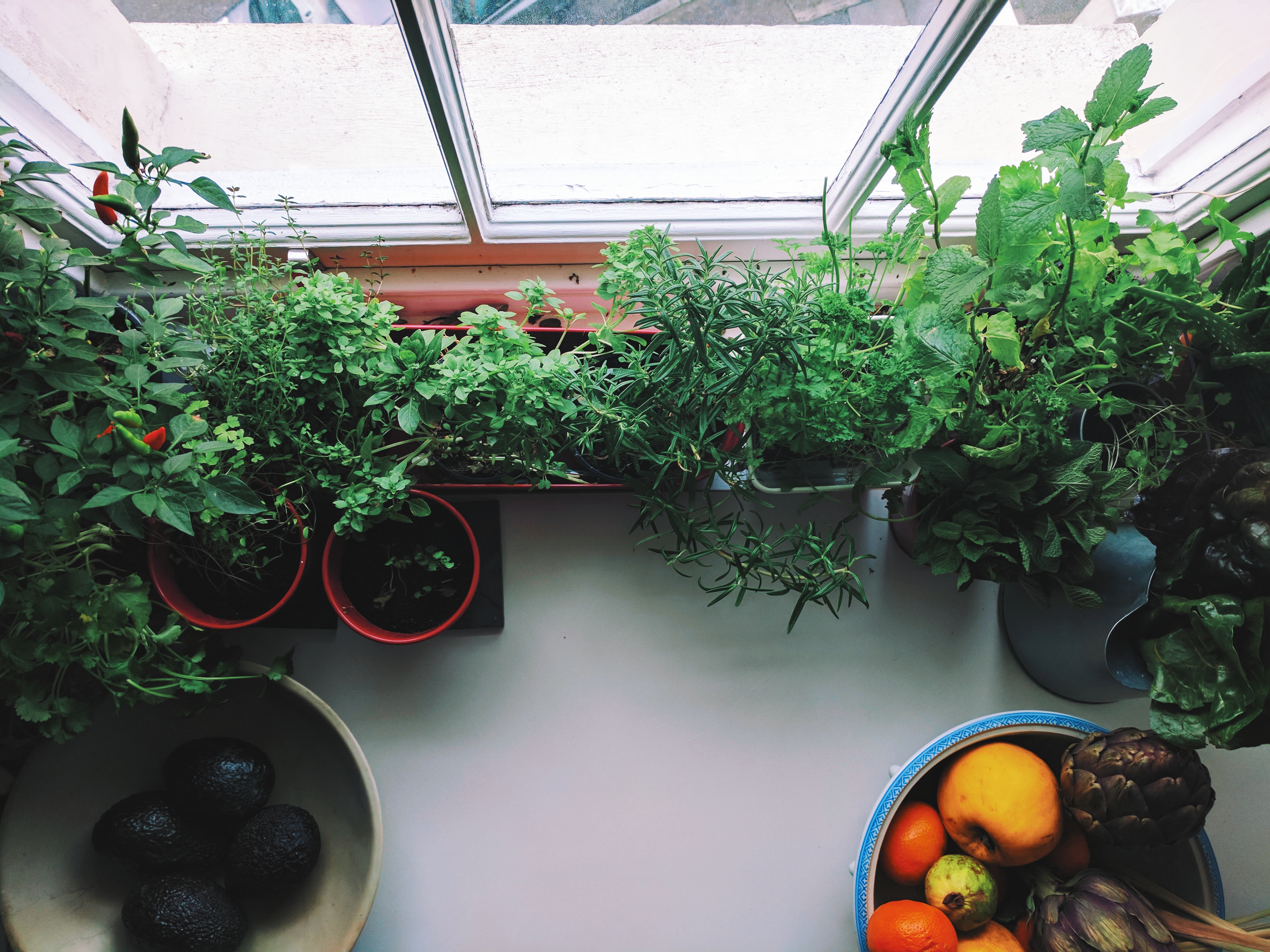 When I was seven I planted a vegetable patch. It was a narrow strip of earth by the path leading down to my dad’s office at the bottom of the garden (he is an author and used to ‘commute’ across the lawn every day). I grew beetroot, salad leaves and, for some unknown reason, an enormous number of radishes. The idea of planting seeds, waiting impatiently and finally unearthing something delicious was, and still is incredibly exciting.

My parents love their garden and although they have always had an extensive herb garden and millions of ornamental plants, they have zero interest in growing vegetables – too much faff, I’m told. This is something I have never understood. What is the point of going to the effort to plant and nurture things if at the end of it you can’t eat them? Maybe I’m just greedy and missing the point, but I stand by my theory. 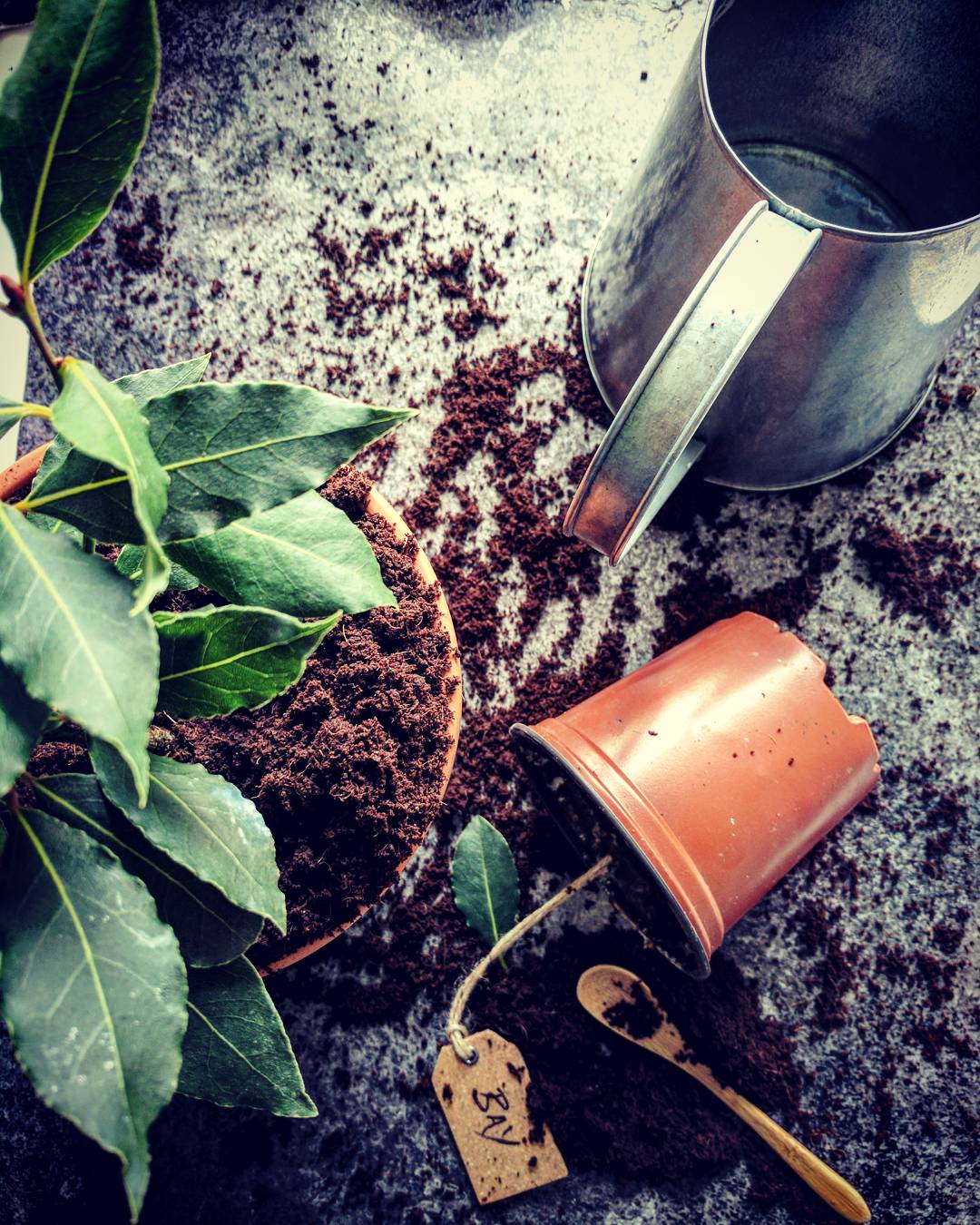 Much to the annoyance/amusement/horror of my long suffering boyfriend, moving to London did nothing to dull my desire to grow edibles. Every windowsill of every flat I’ve lived in has been populated with endless pots of herbs, spikey aloe vera, chilli plants and once a tomato plant whose tendrils took over most of the room but produced only one puny tomato (poor gardening on my part). Last year I had access to the roof in our block of flats and it instantly became home to tubs of potatoes, Swiss chard, carrots, onions, gooseberries and grow bags of (this time successful) tomatoes.
For me, that magical feeling of cooking a meal using vegetables you’ve grown yourself, is not something worth sacrificing, even if the view from your ‘garden’ is of Her Majesty’s Passport Office, not rolling fields and you dig to the dulcet sounds of train announcements from Victoria station instead of gentle birdsong. Urban gardening just takes a little bit of commitment, lateral thinking and the willingness to heft bags of compost up multiple flights of stairs, but at the end of it the lifetime supply of radishes is worth it! 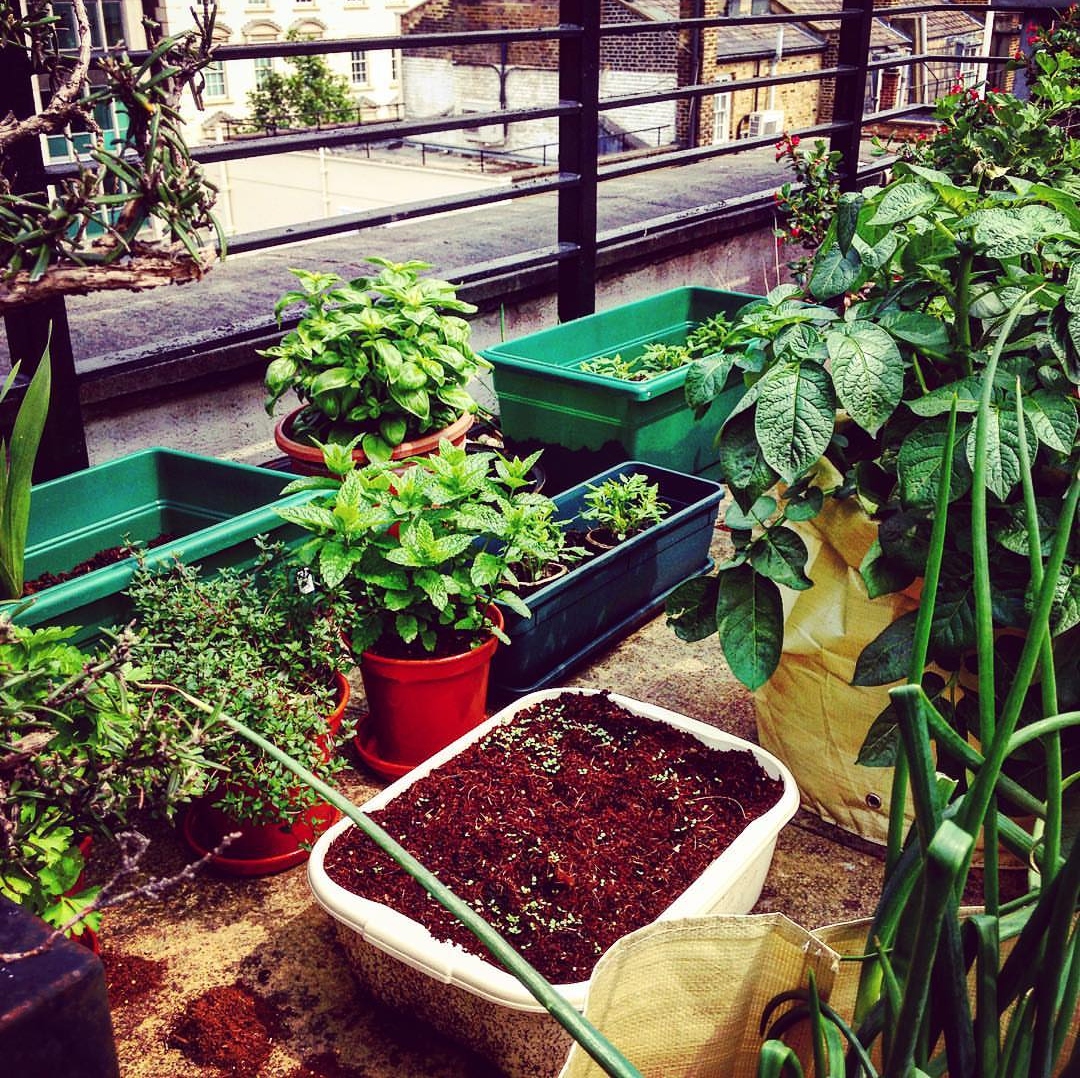